Pupils get some Easter themed eggs-ercise in Grosvenor Park 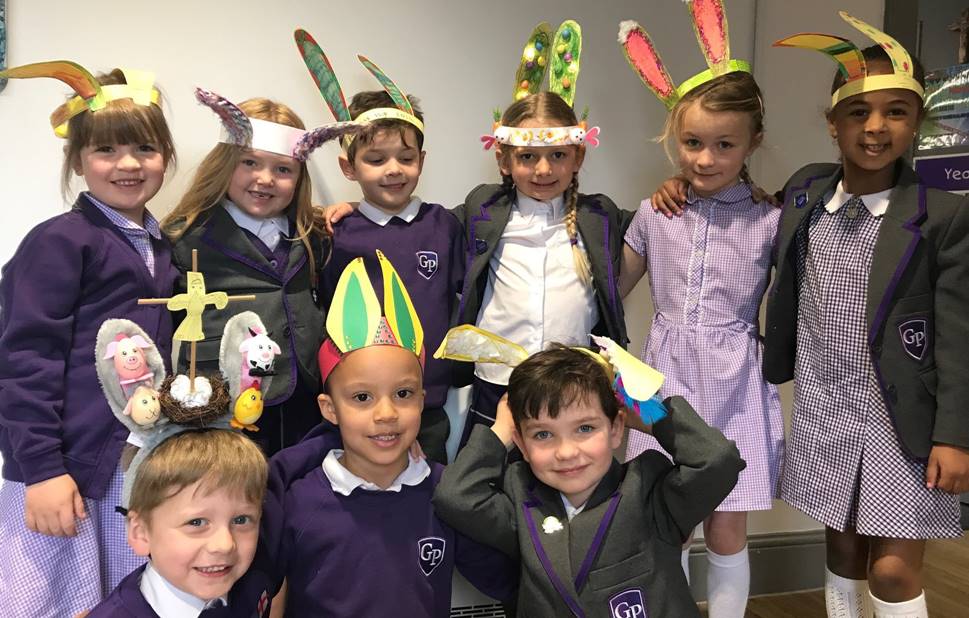 The imaginative children got cracking with making some chic rabbit ears to wear, before taking part in a springy bunny hop event in Grosvenor Park.

The ears were whisked up at home, while in the park the pupils got some eggs-ercise when taking on a tricky obstacle course.

Jo Price, Head of School at Grosvenor C of E Academy, said: “The children had a fantastic day and they clearly put so much work into their bunny ears, we were really impressed with the originality and skills they’ve used to create them.

The children also visited church over the same period to celebrate the true meaning of Easter.

NWAT is one of the highest performing Trusts in the country and encourages children to learn through new experiences and challenge themselves to achieve.

As sister school to St Martin’s Academy, in Hoole, it now benefits from the shared values that saw St Martin’s rated ‘outstanding’ by Ofsted within a year of opening in 2013.

Among the other NWAT schools is Delamere Academy, near Northwich, which is ranked the highest performing primary in West Cheshire according to the latest performance tables.